A few years into my over the road truck driving career, one of my North Star buddies was hit by a train.  Well, he wasn’t hit, his truck was hit by the train.  He was in the truck, which was hit by the train, and fortunately for him, he was not hurt.  The truck however, was not so lucky.

The reason I bring this event up is because out of the conversation came this statement; “That is why they call it an accident.  If you did it on purpose, it would have been a purpose-dent.”

That has stuck with me ever since.

Back then, they were called accidents.  Now, at least here in Minnesota, they are called crashes.  Accident implies that no one is at fault.   Something that the Army taught me a long time ago.  A crash starts with the assumption that someone screwed up.

In aviation, they call it an unfortunate chain of events.  Very few aircraft accidents are the result of any single event.  A re-fueler has an all-night argument with his wife and reports to work tired.  Because of his fatigue, he misreads the gallons required for the flight on the fuel manifest.  Through complacency and possibly fatigue, the pilot fails to notice the refueling shortfall.  Two thirds of the way through the flight, poof, and the aircraft runs out of fuel and crashes.

My scenario is fictional, but it has happened.  More than once, and just recently to a soccer team.  The chain of events may not fit, but it was not a single incident that lead to the untimely passing of an entire soccer team.

Back to car crashes formerly known as accidents.  Some of you may still think of them as accidents, and may believe that there are crashes that are the fault of no one, but you’re wrong.

During my nineteen year trucking career I was involved in three crashes that involved another motor vehicle.  One of them was a backing accident, and totally my fault.  Mostly the result of inexperience.  I could blame the female driver who parked right up under my trailer bumper and made it impossible to see her.  The sun was at just such an angle, there were no usable shadows.  I had my trepidations, but I put it in reverse, and gently pushed the hood of her car almost into her windshield.

My fault.  The instant I put that truck into reverse in the middle of a busy intersection in New Jersey, I was responsible for anything that happened.  Hard to call it a crash since there really was no impact.  That poor mother, with her infant child in the back seat, experienced the horror of watching the hood of her Honda Civic crumpled up like a piece of recycled paper. I was oh so gentle.

But by today’s standards, it was a crash.

My second incident involved running over a compact pickup late at night on a Wisconsin interstate.  Now that incident was a crash!  In spectacular fashion!  There was crumpled metal, shattered fiberglass, and a sparking rooster tail that was easily as long as my semi-truck.

Again, it was an unlikely chain of events, with one of the factors again being inexperience.  Another may have been over confidence.  I was at the point in my driving career.  Either way, the fault was totally mine and again, fortunately, no one was hurt.

My third and final incident involved a full size pickup, a gas tanker truck, and another busy intersection, this one in Anoka, MN.  My head was still ringing from the venomous argument with my then wife at my last fuel drop.  The car ahead of me darted through the yellow light, and I followed thinking I had the green.  By the time I noticed my mistake, I was clearly an obstruction in the intersection that the driver of the full side Ford pickup did not see.  That’s right, he did not see the big yellow Peterbuilt with the shiny chrome grill that stood at least six feet tall.  He was busy looking down at something on the seat next to him.

The crash was impressive enough to split the Fords engine block and smash my air to air.  Since I was in the intersection out of turn, it was my fault.  At the time, I rationalized that if the pickup truck driver was paying attention, he would have seen my transgression, and stopped before smashing the front of my company truck.

From that incident, I came up with a theory about the unfairness of crashes.  At least the ones I am involved in.

“Why is it, day after day, I save people from their own inattention, but the minute I drop the ball, no one else is paying attention, and I am involved in an accident?”

Lesson learned from that last crash, don’t drop the ball.

I notice these days when my attention lapses, or my driving gets sloppy.  It has nothing to do with distracted driving, it’s a product of fatigue, and the complacency that creeps in after thirty-four years of driving.  I admonish myself almost immediately, sit-up, and to use an old pilots term, fly right.

I like to think I do a decent job of self-policing, but who am I to judge.

Even though the Minnesota State Patrol no longer calls crashes accidents, there is still this mindset that crashes in some areas are the fault of the road.  When was the last time a road forced you to do something stupid?  Roads don’t kill people, stupid, careless people kill people.  I know, that argument sounds familiar, but it fits.

US Hwy 12 is now the only two lane highway in the US that has a concrete center divider.  Will it save lives?  Probably.  Will it cut down on the number of crashes on that stretch of road?  Probably not.  It just eliminates the deadliest aspect, head-on collisions.

The Army figured out a long time ago, no matter how much money you put into a vehicle, you cannot fix stupid.  The problem isn’t our roads, it’s the cavalier attitude of the drivers.  The military’s answer is training.    I advocate for making it harder to get a driver’s license, and semi-annual emergency procedures training, but I don’t think those things will save more than a few lives.

It’s an attitude problem.  We need to learn to say, “I was wrong.”

To err is human, to admit it is not.

Credit where its due.

All images and artwork are property of their respective owners

I have written a lot of crap in my quest to become a readable writer.  Throughout that process, I kept every crappy manuscript my Brother typewriter generated.  For years, they moved with me from place to place, state to state,…

END_OF_DOCUMENT_TOKEN_TO_BE_REPLACED 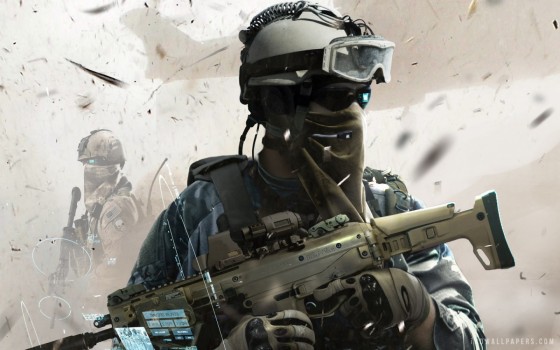 Today we lost a talented and gifted man.  The city and state that call him home are now in mourning.  Target field and the I35W bridge are lit in purple.  Mourners will flock to Paisley Park and First Avenue to…